Reflecting on the new site, Emo’s business development manager (North), Richard Irvine had this to say: Being a high profile site at the airport, we’re confident that this project will be a great success. Unmanned is a proven concept in Northern Ireland already. Emo has considerable experience in this area, having developed 16 other unmanned sites on the island and is part of the DCC Plc group with over 1200 unmanned sites across Europe.”

This mix of brands compliments the airport as a destination location and provides services previously unavailable, thus filling a gap in the local market. It’s a stunning looking site, located beside the Park and Fly on the Airport Road. The modern commercial units tie in tightly to both the forecourt and the airport itself, with spectacular night lighting sure to turn heads. Five million passengers use the airport each year, with the number growing year-on-year. The eight-pump, 24-hour facility is in prime position for airport arrivals and departures and it’s quite a coup for all involved considering the airport’s growth.

As for the origins of the project, Richard explained: “ At Emo, we seek out potential key development sites by growing relationships with developers and estate agents across the island of Ireland. We have a team of regional managers across all of Ireland, so we work hard to uncover key opportunities in the marketplace. We are actively on the look-out, and will continue to do so to ensure we are close to prime opportunities in the market.”

According to Richard, the site “plugs a gap” in demand which has existed at the airport since it opened. “Aldergrove is one of the few airports on the island of Ireland that doesn’t have a fuel offer nearby,” he said. “We wanted to plug that gap by offering a 24-hour fuel facility at the second busiest airport on the island, and we were sure the unmanned facility would be well received. People in Northern Ireland are used to adopting new technology and this forecourt is very easy and straightforward to use, therefore we have no reservations about the willingness of customers accepting and using the technology”.

Emo has the largest number of unmanned sites in Ireland, with many operating under its Great Gas 24/7 sister brand. Emo itself operates 17 unmanned sites at present, with another currently in build. “We have plans to keep growing that particular estate,” Richard said. 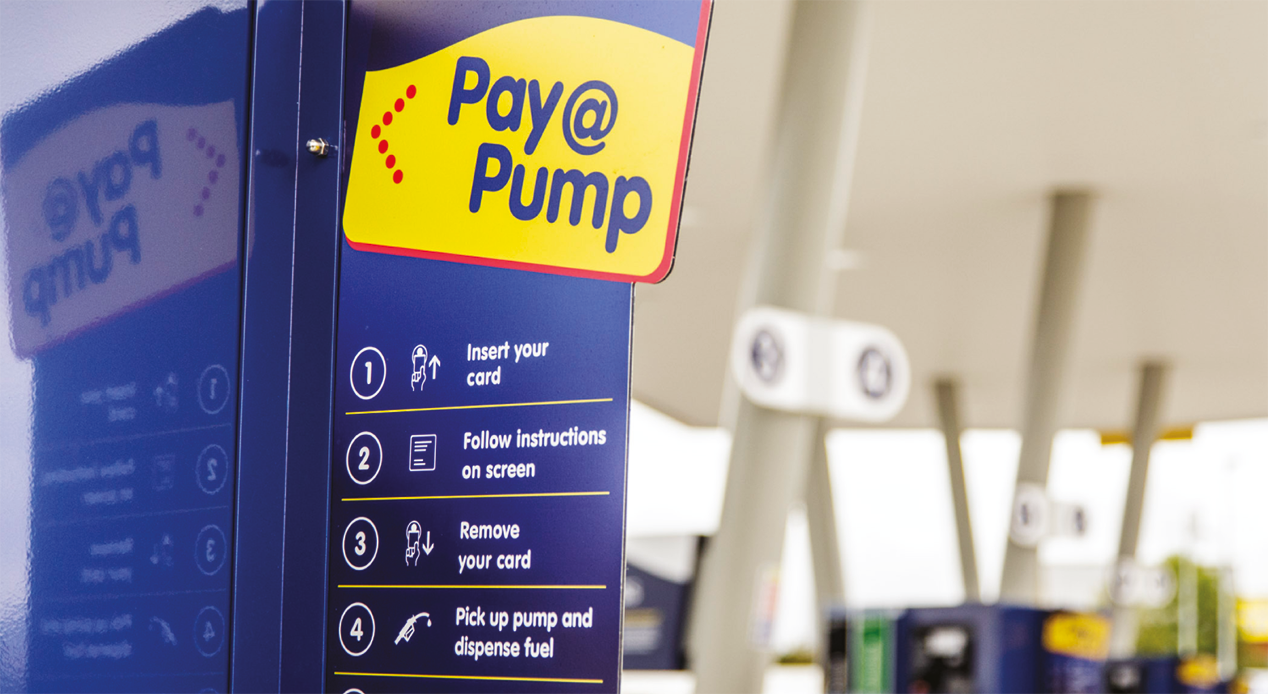 With the site seeing Emo working closely with a number of partners for the first time, we’re looking forward the brands to interact.“Emo is delighted with the whole range of partners in the development,” Richard said. “Our brand is highly recognised and trades across all oil market sectors. It will sit alongside premium brands like M&S really well. The overall offer will be a strong advertisement for our brand and the fact that M&S have chosen to locate there shows the high quality of the development location.” The brand benefits are already being seen at the site, with Richard confirming that customer numbers are already exceeding expectations.

“We’re seeing strong customer numbers at the site already. This will continue to grow as the development matures. We’re seeing all types of customer so far, such as airport users, those using the hire car outlets, staff from the airport and airline workers, as well as local people and commercial Fuelcard business. The forecourt was planned and ready for customers on time and on budget, and we’re very pleased with how smoothly the process developed. Good planning is essential and Emo has terrific expertise, both in-house and from external contractors.”

Looking ahead to the next 12 to 18 months, Richard believes the Aldergrove site is just one step in an ambitious direction of travel for the Irish fuel brand. “Emo plans to continue this growth in company unmanned sites over the next 12 to 18 months and we are speaking to a number of developers in this regard. Emo is market leader in terms of unmanned site numbers across Ireland North and South, and more will be delivered in the coming months. In addition, the company will continue to grow its share of the dealer market which represents the majority of branded sites and remains a key market for Emo.”

We hope you have the opportunity to experience our new unmanned site yourself in future. Be sure to let us know how you get on!

This article originally appeared, in a slightly different form, in the Sept/Oct 2017 issue of Ireland’s Forecourt & Convenience Retailer magazine